The test flying was completed in late January. Overall we made numerous small and incremental changes. The rigging was continuously fine tuned until I had it flying in what I think is the sweet spot for the aircraft. We also completed the first 50 hour check. The engine is running very well. A number of small oil leaks were identified and we worked through each one and fixed them. I also added an Airwolf Vernatherm housing to replace the standard Lycoming part. This enabled me to remove the original "rock catcher" filter and have the oil filter on separate lines from the oil cooler.

One item that had caused concern during test flying was a small but measurable amount of Carbon Monoxide. After the engine was run in I began running lean of peak, so that largely masked the issue. I spent hours trying to seal any potential holes, but it persisted. Eventually I lowered both exhaust pipes about 2 inches, and that fixed the issue. Since then I haven't had a single CO reading.

It became obvious that the B model flies differently to the A model, and that the CG varies between the models too. Also, having an IO540 has a significantly different handling to a Bearhawk with an IO360. Mine, with the added weight up front will often be on the forward CG limit when light. This took me a while to get used to when flying an approach because it requires back pressure on the stick.

When heavy, it never really gets close to the aft CG limit, which is a good thing because it's not particularly nice to fly at the aft limit.

In the event of a missed approach it is important not to apply full power all at once, but rather to do it in two or three stages, and re trim each time. Otherwise the amount of pitch up becomes difficult to control.

The aircraft lands very short, and can easily be flown in at 50kts IAS. Being so far back on the drag curve the speed decreases very quickly and can easily lead to touchdown speeds of 40kts or less, but I don't necessarily think that is a good technique as the controllability at low speeds is less. Currently I'm reverting to a higher approach speed in an effort to improve my technique in this area.

Takeoffs can be made with any flap setting, but using 3 stages of flap allows the aircraft to be brought up on the main wheels easily with a short takeoff roll.

I spent a lot of time aligning the CHT's with good results. The GAMI spread is now less that 1.2 lph. The aircraft cruises at higher altitudes with a TAS of 120-130kts, and at lower altitudes a TAS of 110kts is normal. These numbers are lean of peak, with a fuel flow of between 32-38 lph.

Here are some pics of recent trips: 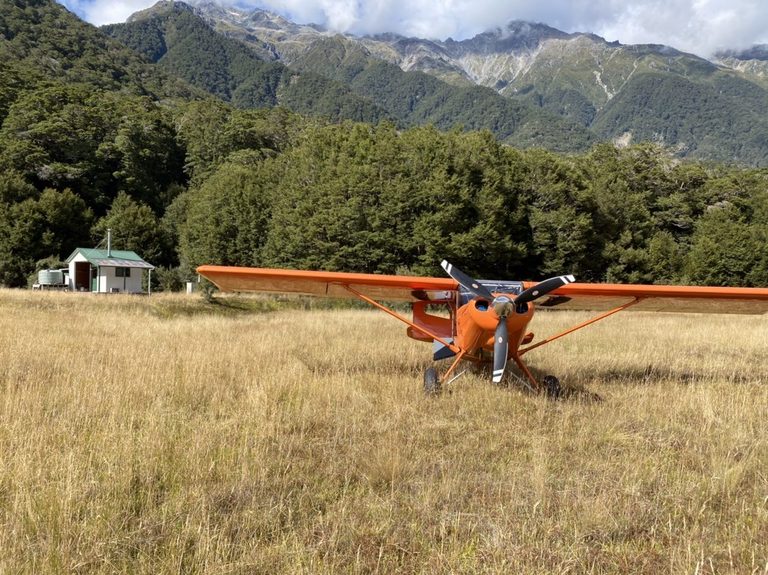 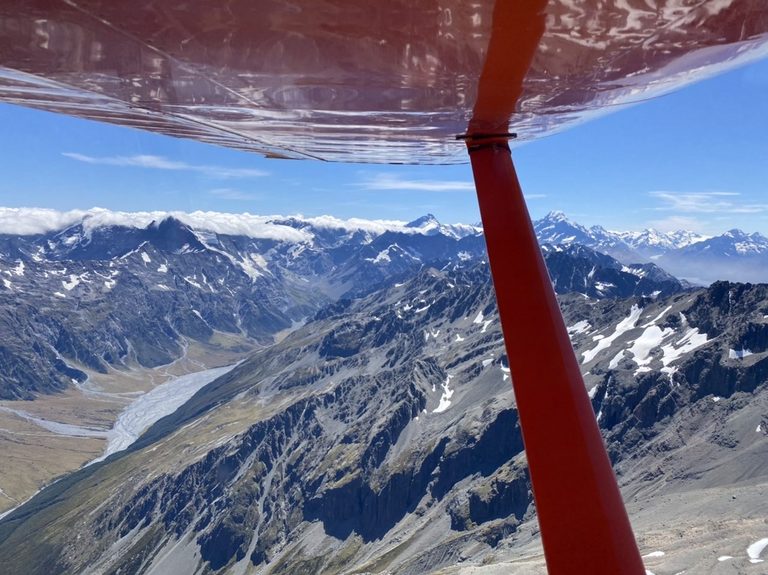 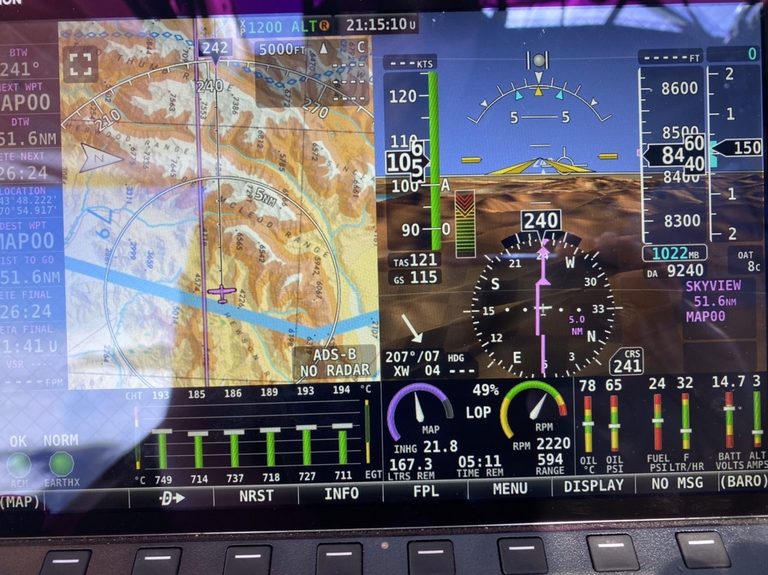 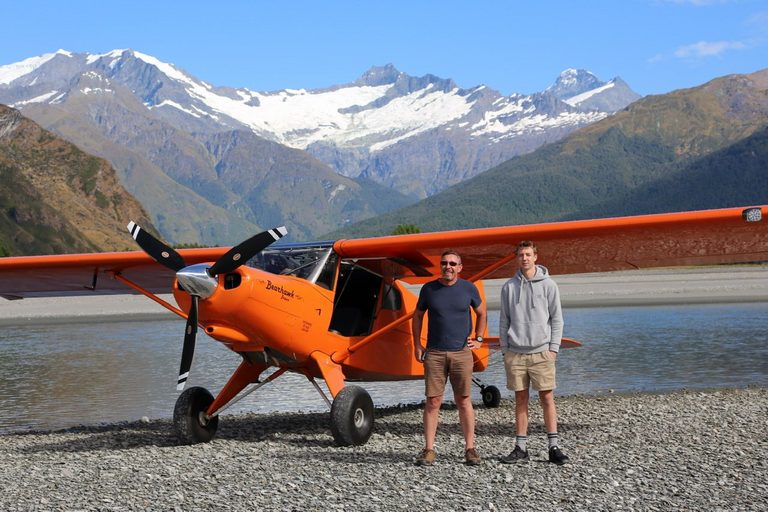 Flying the Bearhawk - Takeoff and climb